With its 800 million users, Facebook has become the world’s meeting place.

But, while everyone knows about Facebook and some small and medium size businesses have taken the first step by creating a business page, many are still challenged by how to maximize Facebook’s potential to build brand loyalty and drive revenues higher.

They know that Fortune 500 firms, like Coca-Cola and McDonald’s, attract millions of Facebook fans, but beyond posting a status update or asking people to Like them on this mother of all social media, they are confused and frustrated as to how to make the most of this 21st Century marketing phenomenon.

Whether it’s Facebook’s complexity or simplicity that has you stymied, if you put in just a little effort— for 10 days—you can boost your Facebook interactions by 10, 20,
even 30 percent or more, garnering fans and customers who will spend real money as a result of your social marketing magic.

Spend some time today exploring other Pages on Facebook. Do some searching to find complementary businesses as well as competitors that you can learn from. Look
at the Facebook pages of the big brands you admire and the brands your customers have told you they admire.

Realize that the Facebook Search bar is not very robust and sometimes does not find the Facebook page you are looking for - even when you enter the exact name of the
page!

If you cannot find the Facebook Page of your competitors, head over to their websites to see if they have a link to their Facebook Page on their site. You can also use the alternative third-party search tool www.FBInstant.net to do some investigation.

Take a look at some successful Facebook pages in these articles:

What are you looking for on these pages? You are gathering information about what is working and taking note of these key points:

For example, see how Pringles, Nutella, and Reese’s do a great job with varying their posts and encouraging engagement on Facebook. 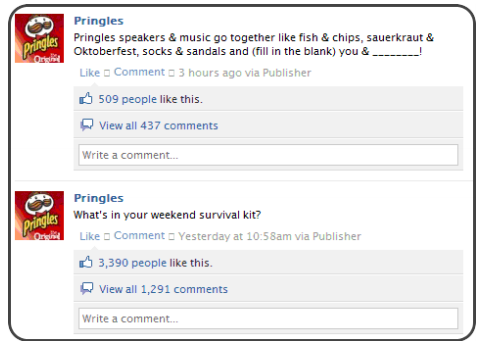 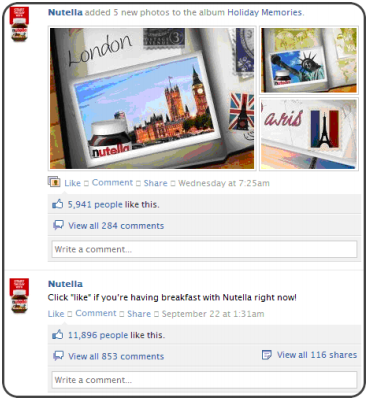 Due to the sensitivity of this information, we will only work with serious students. Please send an email to support@saharaanalytica.com to get full access. Including video resources

Get new blog posts by email: